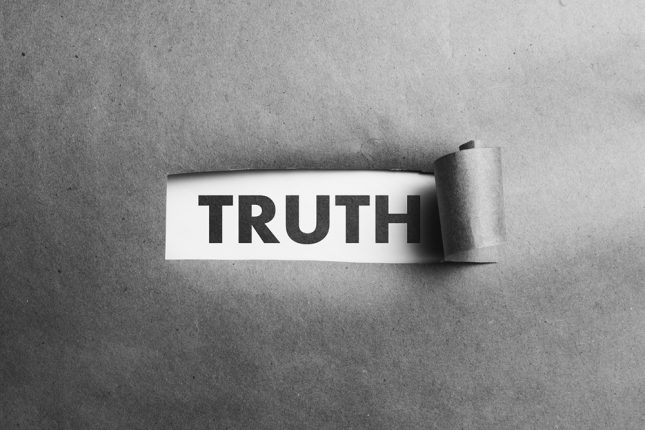 We are able to accept that sexual violence happens, but only on our terms. He had to have been a stranger and she/he had to have done something to bring this on herself. But THE TRUTH is that, the majority of survivors of sexual violence were victimized by someone they knew, someone they trusted, someone who ended up betraying their trust and violating their boundaries. In cases of child sexual abuse, we ask the child to forgive the individual. We coerce and threaten them into protecting the family image, we foolishly ask them to protect the individual who raped, or molested them, or attempted to rape or molest them. We try to convince them that silence is better and easier than speaking out. THE TRUTH is that, what you have done is re-victimize your child. You have told her/him that they should be ashamed, that they are alone and that on some level what was done to them is their fault. You have given their abuser free reign to abuse them again and any other child he/she may get their hands on. I’ll take a minute TO EXPLAIN to you what SILENCE does to a SURVIVOR of Child Sexual Abuse; it’s like a cancerous sore that remains softly scabbed. It begins with the initial assault but them it spreads to how they see themselves, how much they think they are worth, how they trust and react to people, how they cope with all they have been through, how they grow & develop. The soft scab doesn’t harden and begin to heal until they are able to find help, but even then the scar always remains. So every-time their abuser is around, every-time he smirks when looking at them, every-time he/she passes and makes lewd comments or places a hand in a private place, that scab is ripped and the wound is made larger and more painful. The SAD TRUTH is now they know they can no longer come to you because the last time they did you did nothing, you failed to protect them.

When one lives through an experience of sexual violence and we blame them and then quickly after decide they are being petty about their attack by making a big deal out of nothing or by holding onto something they should be over by now, we perpetual the cycle of abuse. We create the environment for sexual violence to flourish and be excused. We are ignorant to the true aspects of what a survivor deals with. We don’t even pretend to understand or care; what we want is to not be faced with it, we want to never have to think about what they have been through or why someone we thought we knew, thought it was ok to force themselves onto another individual. FACING THE TRUTH is something we are unable to do. It is much easier to continuously insinuate that a woman/man can stop themselves from being sexually assaulted, than to ask why it appears to be ok for females to be continuously objectified and assaulted with little or no recourse from their families, friends, government agencies, police officers, lawyers, doctors, counselors, legal system etc. All of the above mentioned, more often than not fail survivors of sexual violence. THE TRUTH is that a perpetrator of sexual violence is more likely to either not be arrested or to be released with little or no penalties.

We would like to think that with the advances in education, “equality” of the sexes and knowledge on gender based violence that women/men would be safer, that batterers rapist and molesters would be punished, that children would be believed and supported, that society would see the merit in addressing sexual violence more stringently. Sadly, but not surprisingly, this is not the case. We live in a world where so many are desensitized to pain and suffering, we live in a world where survivors of gender based violence are blamed, where they are interrogated, where they are made to feel like the criminal. And then we sit and ask why she/he never told anyone; well I think I have laid out the case as to why more often than not, “SILENCE” is a “FORCED CHOICE”. Survivors of gender based violence; domestic violence, sexual violence are not supported or validated.

It is never too late to change, never to late to speak to your child, tell them you were wrong for asking them to be silent, ask what you can do to help, ask what they need from you. It’s not to late to sit your friend down and admit that you didn’t know how to react when she told you that a mutual friend raped her. Tell her you are sorry for insinuating that she wanted it, that she caused it, that she should be over it. Then ask her if there is a chance to mend your friendship. Tell her you are willing to wait until she is ready to accept you back, tell her you are willing to put in the work so she can see you can be trusted. Let her know that her sharing her story of being sexually assaulted brought back memories of your own sexual assault that you have been unable to face. Tell her that admitting she was assaulted by your uncle/brother/cousin/father/grandfather/aunt/mother/grandmother etc threw you for a loop because you (1) thought it was only you, & (2) have never been able to face what has happened and that by accepting it happened to her, you would have to face what was done to you. Admit that you never thought your priest/coach/teacher/principal/tutor/doctor/dentist etc. would have done something like that and that you lashed out because you didn’t know how to react. There is always room for healing and forgiveness but we have to be willing to admit that at their most vulnerable time, we were not there to support and validate them. The only way to help those who have been sexually violated is to begin to support and validate what was done to them, to begin to acknowledge that they did nothing wrong and that their perpetrator regardless of who this person is, should be brought to justice. We need to work on creating a safer place for all. Help us bring attention to this epidemic and begin to create ways to deal with sexual violence in St.Lucia and the wider Caribbean.