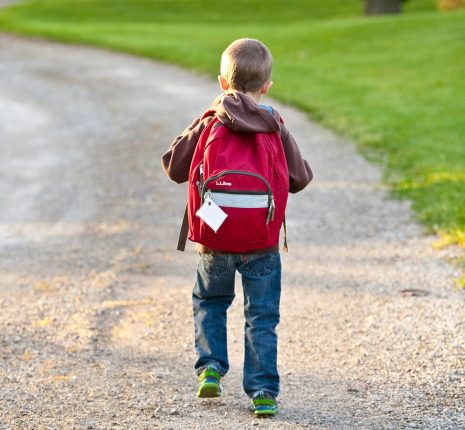 There seems at times to be mixed feelings on whether a crime falls into the bracket of child sexual abuse/molestation. We query whether the child was too sexual or seductive, whether she/he played a part in the crime committed against them. We question whether the perpetrator should be punished, “it could have been a one time thing” we say, “he will not do it again, let’s not ruin his life.” Although, we never mention how the life of the child has been irrevocably changed. We don’t dwell on how he/she has been affected, how this has changed how they feel about themselves and everyone in their lives. Rarely do we have the child’s best interest solely at heart, we consider ourselves, the abuser and society before the betterment of the child.

(2)FALSITY: “Adult’s need to teach children about sex so they grow up to be good lovers.” TRUTH: “Children who are sexually abused, grow up to be adults who suffer from many problems.”

(3)FALSITY: “Most child molesters are strangers.” TRUTH: “The majority of abusers are relatives, most notably stepfathers, fathers, uncles, brothers & grandfathers.”

(4)FALSITY: “A father who loses control and molests his daughter is not as bad as the child molester who goes around stalking children.” TRUTH: “The incest (sexual abuse by a family member) offender is often just a child molester who stays home.”

(5)FALSITY: “Just because a man makes a mistake and molests one child doesn’t mean he will do it again with other children.” TRUTH: Rare is the offender who molests once and then stops.”

(6) FALSITY: “There is no such thing as a true victim. The child has some responsibility in the situation.” TRUTH: “ The child is totally innocent & has absolutely no responsibility for the sexual abuse.”

(7) FALSITY: “ The child could have stopped it at anytime.” TRUTH: “There is no way a child can stop an adult from doing what he/she wants with her.”

(8) FALSITY: “All the child had to do to stop it was to tell someone.” TRUTH: “A child is too afraid to tell.”

(9) FALSITY: “Some of these victims were old enough to know better. In these cases it is not sexual abuse.” TRUTH: “It is considered childhood sexual abuse if the victim was coerced, deceived, threatened, bribed or intimidated. When sexual encounters are not based on mutual consent, they always constitute assault.”

(All myths taken from “The Right to Innocence: Healing the Trauma of Childhood Sexual Abuse by Beverly Engel.”)

I chose the 9 myths above as they appears to be the most widely used excuses for justifying or excusing the behaviors of child molesters, child abusers, pedophiles. The truth is there is no excuse or justification for the defilement of a child, whether the child is related to the individual or not. We, as a society, are not aware of the ramifications of this sort of trauma on a child. We expect that they will get over it as time passes, but the truth is that this isn’t something that one gets over without the proper help, help that is severely lacking in our country. Our children are being used, abused, sold, raped, tortured and treated like nonentities. How do we continuously forsake those who depend on us for their protection, care and love? We justify it based on our needs, we blame them and insinuate they caused the sexual abuse, and then we ask them to not only be silent about the abuse but to be around their abuser. We ask them to get re-victimized by us and re-raped by their abusers who now knows you will do nothing to protect your child. Child Sexual Abuse isn’t to be taken lightly, it isn’t something that disappears and gets better with time; On the contrary it gets worse with time. Child Sexual Abuse weaves into the very fabric of the child; it tells her/him that she isn’t worthy, that she/he isn’t beautiful, that she/he is a receptacle, that they are not worthy of your love and protection. Child Sexual Abuse leaves them feeling small and insignificant. Please do you part to help stop child abuse. Don’t let abusers continue to go free, get the justice your children deserve. Stop another child from being abused because you turn in abusers not because you let them go. Please BELIEVE YOUR CHILDREN, STAND WITH THEM AND FOR THEM. HELP STOP CHILD SEXUAL ABUSE.

We are asking that you join us in demanding that Sexual Violence be taken more seriously by our governmental leaders and those in positions dealing directly with victims/survivors of Sexual Violence. Demand and hold them accountable. But also, hold yourself accountable for your lack of action, for your belief that by sitting back someone else will do it. We rally together for many things, let this be one. There is power in numbers. Don’t let Sexual Violence continue to break the youth and destroy our women.